The Meadow Blue solar scheme is located on farmland at Merston, between Chichester and Bognor Regis. It is accessible from the B2166 (Pagham Road) and sits to the north of a similar 5MW commercially owned solar farm with which it shares a grid connection.

The Meadow Blue solar array has been operational since July 2016 and has been producing 5,000+ MWh of electricity per year, sufficient to meet the annual electricity consumption of 1,235 typical homes.1

It is comprised of 5MW of solar photovoltaic panels, mounted on a steel racking system, which in turn sits on shallow steel screw pile foundations to minimize ground impact. The site is regularly maintained, both in terms of equipment, safety and security, and landscaping and biodiversity. Hedges and woodland areas are managed as habitats for birds, reptiles and small mammals are sustained beneath the panels.

One of the key aspects of the development is that it is reversible and will be removed from the site at the end of its 25-year life. When the solar scheme is decommissioned, the piles can be easily removed from the ground allowing the site to return to its previous form, if desired. Its agricultural value and potential will not have been diminished as a result of its use as a solar farm, and its biodiversity and habitat richness will have been enhanced.

The site will help West Sussex meet its own renewable energy targets. In the initial stages of the project the site was carefully selected as a suitable location in the area for the following reasons: 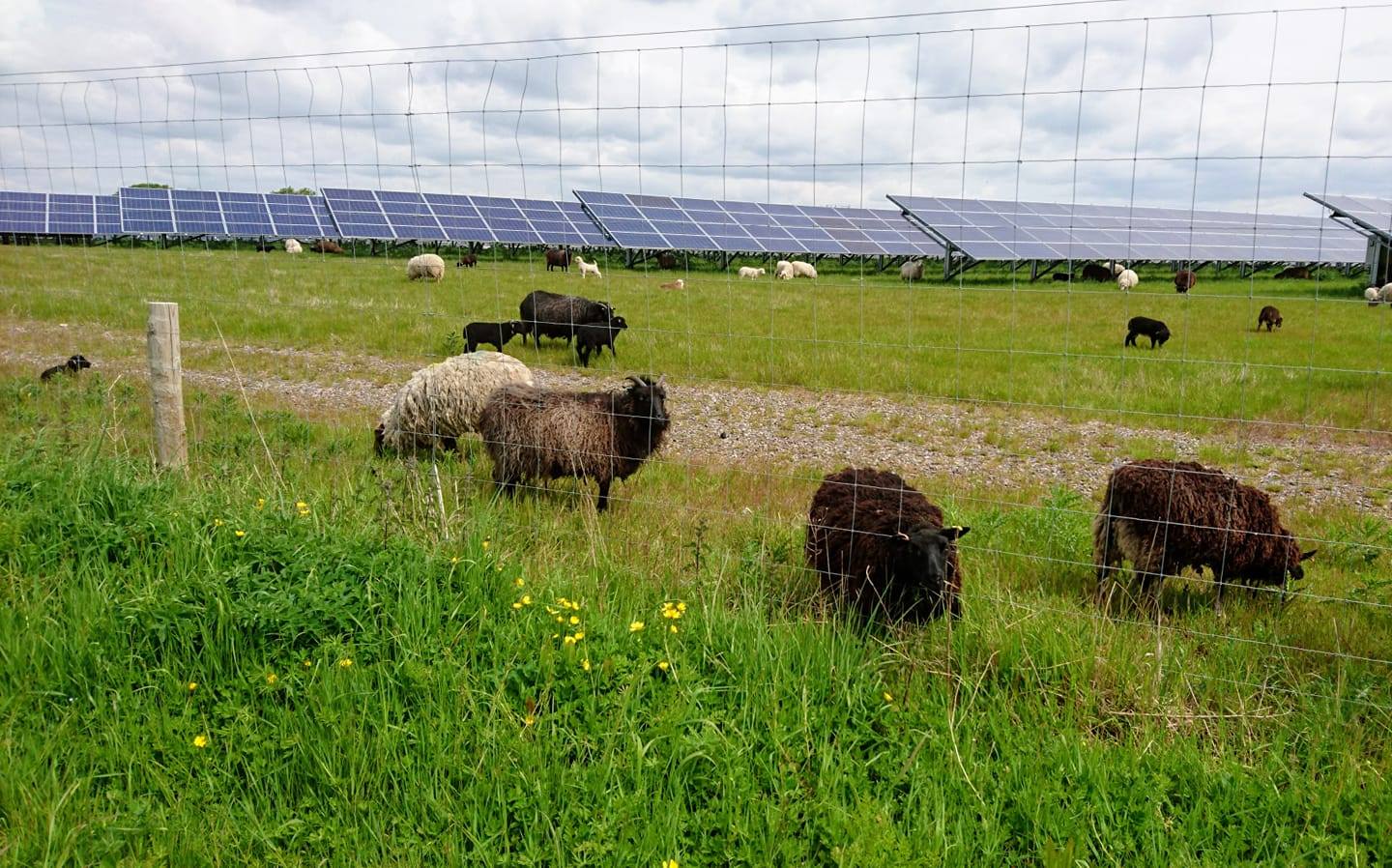 Sheep grazing on the Meadow Blue solar farm, May 2018.

¹ Estimate based on most recent statistics from the Department of Energy and Climate Change showing that annual UK average domestic household consumption is 4.170 kWh